Oh noez am back too quick!

In response to This post asking for halp, I bring you...

Hey, at least it's not another 'chargin mah lazr'

Best...community...ever. This is my cat Emily. She's 20. This is what she does all day. I made this, but I'm not sure my f-list appreciated it as much as me. Hopefully you all will.

hallo.
i'm bianca.
i just found this community,
& i cannot believe i didn't notice it before.
a place to show all the cat photos i make :) :D I can't explain this without ruining it. Onto the cut!
( Collapse )
y/y?

I was out of town for a few days to visit family. That being said, I am PISSED at some of your behavior in my absence. As most of you know,

cat_macros is currently being featured as a spotlight community. (I knew about it in advance, so stop sending me emails to tell me.) Since we were spotlighted, we've gotten something like 1200 new members. With this many new people, there are bound to be a lot of n00bs who have never tried their hand at macros.

THIS ELITIST BULLSHIT IS GOING TO STOP.

Yes, a lot of the macros are not as hilarious as they could be. True, there are unwritten "rules" about how one goes about macroing an image. But you can't be pissed off because people aren't aware of that. Not everyone can be sooper badass like some of you. Give it time. They'll learn.

As for those of you who are new, some pointers:
- If you make a post without a macro, it will be deleted. Posts about charities and shelters will be deleted also. Not that we don't think those organizations are great, but this isn't the place for it.
- If you're posting plain pictures and requesting captioning ALL the photos need to go behind the cut. That way those members who don't feel like looking at plain cat photos can skip them.
- If your picture is so big that it breaks the journal formatting, it is officially too big and needs to be behind a cut.

These are my first ones I've ever made, I got the pictures from a post

Under the cut!
*cut*
( Collapse )
Hey, posting another couple of my Charlie aka Boobs from Christmas.
One is looking to be macroed. Introducing.. Binkley and Pendo. Have fun captioning this one...

The weird thing is, I didn't find and join from the spotlight(edness).  My sister-in-law recommended this community to me at Christmas dinner.  Thank you

I have the originals if you can improve on mine.

Nabbed from the Motivational Posters thread at the RPG.net forums (Still going strong after 7 months!) 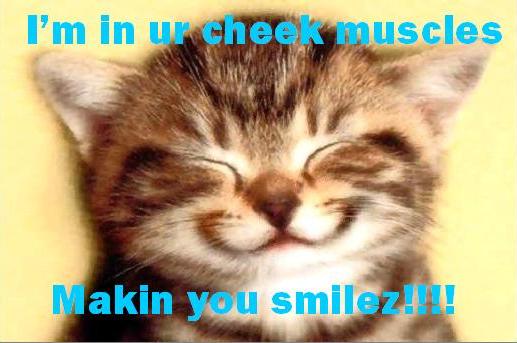 I'm new around here, just saw the spotlight (congratulations on that, by the way). I'm not exactly a cat-loving freak, but I fell in love with my cat when I found him in my vacations when he was only two months old. :) His name is Vodka and right now he is around seven months old. And here are some pictures of the little rascal (captioned, obviously):

So, I have five kitty macros of my cats. My brain is still fried from the holiday, so all I have to offer are these two featuring fine feline specimens nabbed from this community. And thanks to the folks who've helped with my questions steered me in the right direction. You all rock!

A friend made this macro :)