Hey, can someone give me a link to the Anonocats video? I can't seem to find it anwhere of youtube...

And to make this post legal ;) a blank I found while looking at pictures of leprechan traps (school project for my 5 yo). Should make for some good macro. I made this as a reply, but decided I like it enough to give it a proper airing.

This is a somewhat image-heavy post, but I was having fun! *grins* No, I didn't really do much else last night...why do you ask? If anyone wants the bases for the ones I've put text on (because I know other people can do better - these are my first attempts, so be nice!), just ask and I shall provide :-) There are blank ones in here - feel free to use.

I didn't know what to do with the other two blanks but I know they're macro worthy! Cats hate it when toys replace them :P

Rather large. This is Porkchop, and he's showing his two personalities. Just snapped some pictures while cooking dinner.

This one jumped out at as soon as I saw the blank.
( Collapse )

Hai guise! I'm new to this community and I come bearing pictures than can be turned into macros!

If you check this forum regularly, you have to at least watch this clip. It's only a minute or so long, but I at least chuckled at it. Check it out:

Here are some more blanks of kitties at my shelter, the Humane Society of the Lakes. I know some of them are pretty tiny, but I know y'all can't resist a cute cat...

( Collapse )
Submitted for your consideration ... if it's fail, so be it. 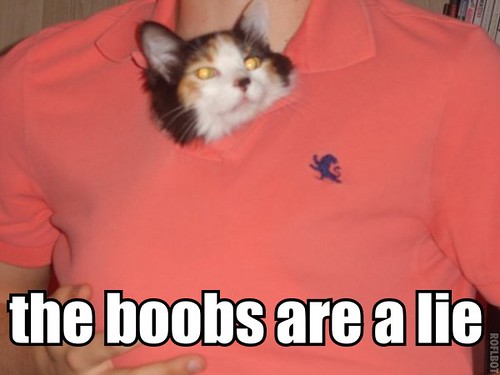 be forewarned. this entire community is copyright infringment according to LJ's OWN policies. unless you are posting pictures of your OWN cats that you took YOURSELF the shit is going to hit the fan.

this is all over user pics.

i think its complete bullshit personally.

its very obvious from the initial contact from annika that this community is likely very safe because she isn't doing her job but drama starters can come here and start claiming copyright to anything they wish. wars can ensue. so my posting of the original picture would have no bearing whatsoever again in the thread either.

d_konstantinov apparently owns the copyright to the image. his LJ is completely in russian so if there are any russian speaking folk here who care to translate and help out, i'd be much obliged.

i cannot do anything further on the matter because LJ has decided to close the support thread completely; thus cutting off my means of communicating with them on the issue. whether that means they are dropping it or not because i want them to prove their case is up in the air.

i have to open yet another support/contact email with them over this now.

LJ's reply regarding the counter notification on copyright...