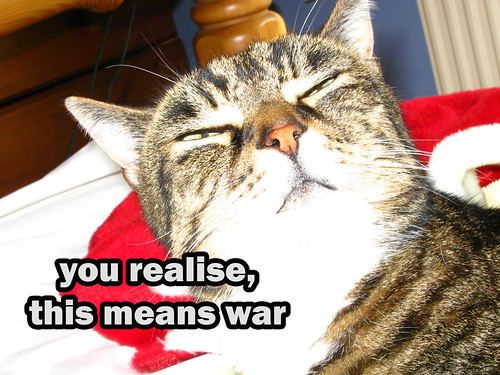 This is Horse caught mid ( Collapse )

And my house is in the middle of a complete remodel so no comments on the state of it please. ( Collapse )
hi, everyone :] i'm kyo.
well, i saw how this community responded to someone who posted their cat who had passed away... so i'd love to see what you all think of oliver.
last november, ollie literally fell into my lap one day at the computer [my mom had visited someone's house and come home with a kitten!]. it was a very sad time for me then, but oliver helped me to cheer right up, even though throughout his short life he was always sick and had intestinal problems among other things. he was the absolute biggest sweetheart you'd ever meet, and his fur was amazing -- soft like a chinchilla's. he was a huge drama queen, always crying if he didn't get his way -- which was rare, since i spoiled him so much.
then, one day, on march 28th, he simply disappeared -- gone without a trace, his flattened-out spot beneath the porch still waiting for him to come take another nap. i know he must have either been taken in by someone else or killed somehow, because he was not the kind of cat to just run off. if he could have come back, he would have. the creepy thing was, just the day before i was reading with him on my lap, and thinking to myself, "you know, one day, he'll just be gone. it's happened to all my cats."
he and i were somewhere between mom and son, and brothers. we were inseperable and i've lost a piece of myself along with him.


so, now that you know a little more about ollie [and me], have some blanks. sadly i did not, for whatever reason, take many pictures of oliver, so the only ones i have feature me, also. hope that is okay. :[ ( Collapse )

hope this wasn't too long or featured too much human! just want to see what you guys think of ollie, and what macros he might cause. :]

I just wanted to let everyone know that I thank you all for the funny captions you have given me.. While I was in the hospital my kitty Lexi, the old lady in the house, passed away. She just passed away under my desk all curled up where my feet would normally be. I tried to go back and find original photos .. but busy community makes that hard.
( Collapse ) The timely one first: